My mother language is Slovenian and last week I speak a lot of in foreign language, in English. I learn English eight years, but I don't know enough to talk with other if someone in group know my language and English and I want to translate me. But last week I was volunteer and I must to talk in English because there are people all over the world. I must talk with them and told them where is what and other things. I go over myself and in the end of week I talk in mixed group (with who understand my language and who don't understand) in English, because it easier and faster. I don't scare if I made some mistake, because I know, that they understand me. 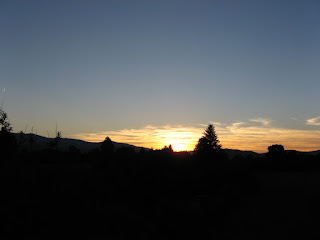 I forgive myself that I have accepted and allowed myself to be affraid to talk in other language if someone know my and other language. I affraid, because I don't belive in myself and my know of language. I don't trust myself that I can conversation with other people in foregin language and I know enough for this. In this week I see that I know enought for normal conversation and I begin belive in myself.

I forgive myself that I have not accepted and allowed myself to belive in myself and my speaking of foreign language. I realize that if I push myself through my affraids, that I became relaxed and I can talk with other in English if someone know my language or not.

I forgive myself that I have accepted and allowed myself to apologise to other people for my bad language. When I talk with one girl she say, that you know how dificult is when you learn new language and you don't know enough. So all people who are learn other language know how hard it is and understand you and help you. Each person must learn and noone know all, so we learn all life and still don't know all.
Avtor Klavdija ob 21:54