It't not so hart to work what I doing, but I'm not still fast enough, but I try and do fast as possible. But it't time when I was so fast and is time when I'm tired and I don't want work anymore and I want be with myself. Then I don't want to chat with anyone and if he ask me anything I ignore him. 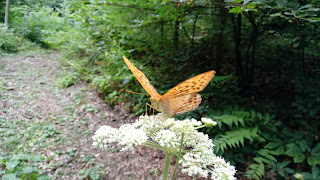 I forgive myself that I have accepted and allowed myself to ignore him when he ask me when I'm tired. When and as I see myself to ignore him when he ask me when I'm tired, I stop and breath. I realise that I ignore him when I feel tired and I know that he must know what he ask me and know that if I told him anything or not, there is not difference for him. I was have a grandmother who has dementia and I was the person who steal her money. Yes, this is typically for sick people with this illness. And I told her, that I'm not steal her anything, but I was guilty and since there I don't want to argue with people who don't understand and don't listen me and ignore them. It is better than lost energy for them. But in beginning I don't know if person understand me or not, so I want to explain them. But next time I try ignore them. I commit myself that next time anyone ask me something I explain them once, and if they don't understand not lost my energy anymore, but not ignore them, but tell, that any other person can explain them.